Off-Site Editor Ethan Neville and mountain biker Nat Sharp took to the hills behind Orewa, North Auckland to put one of the Guardian Angel Elite Series lights through its paces… 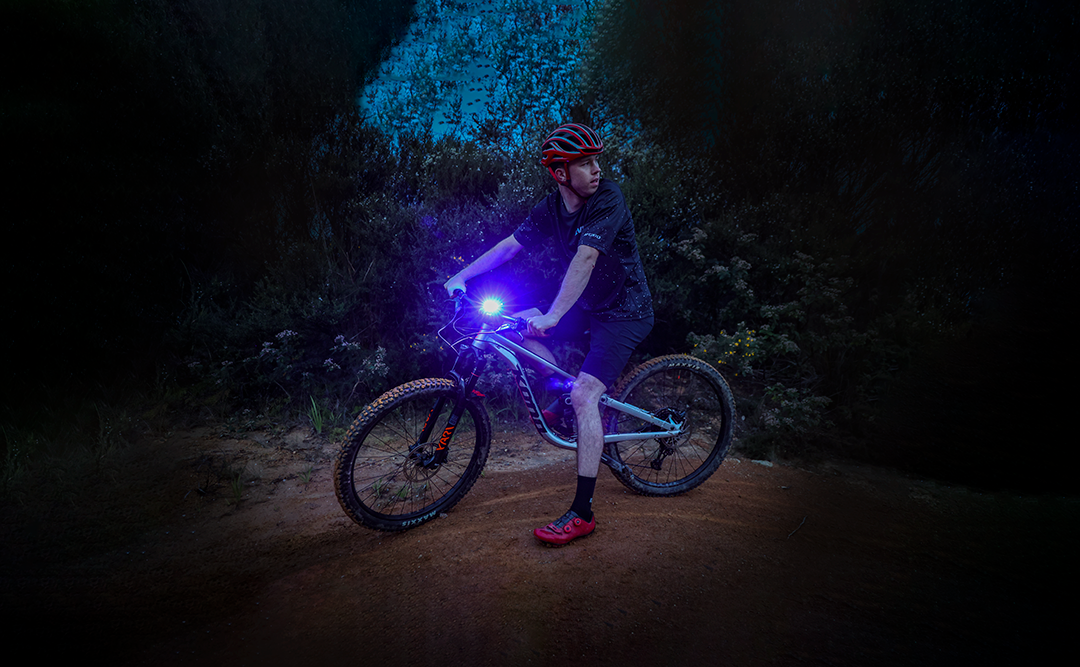 A few weeks back, NZ Fishing News editor Miah Dixon and I ventured up north for a night-time squid fishing mission. Aside from our high expectations for pulling in a few tasty cephalopods, it also gave us the perfect opportunity to try out the new Guardian Angel Elite Series lights. We had already mucked around with them in the office, and were surprised and impressed by how powerful their magnet mounting system is. The big point of difference between these lights and other more conventional wearable lights is they don’t need straps – you just slip the magnet under your jacket and the light will stay fixed to your shoulder. The squid fishing was a success, and the light even played a role in attracting bait – and therefore squid – to the wharf we were casting from. 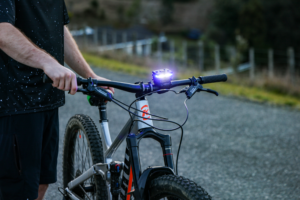 But I also knew that to test these lights properly, they needed to be put through their paces in a harsher, or at least faster, scenario. So, I got in touch with former Auckland champ cross country mountain biker Nat Sharp and asked him to take a Guardian Angel Elite Series light, along with the Guardian Angler Bike/Rail Strap Mount, for a night-time spin.

We met at a private track in the back of Orewa just on dusk, and set about attaching the mount. About 20 seconds later, we were done. The light came out of its packet next, and we had a quick look around for how it attaches (yes, we refused to read the instructions), before Nat just tried placing it on top of the mount. Yep, that was it – the magnet is more than strong enough to hold the light in place on the handlebars, no matter the size of the jump or the speed of the descent.

Nat’s verdict at this early stage was extremely positive. 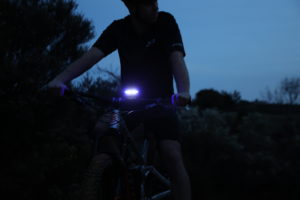 “I liked that it was way quicker to use. I’ve used other lights where you’ve had to cable tie the mount to your helmet, and then screw the light in. You need an Allen key, and you have to remember to bring cable ties.

“The other thing is that it didn’t have a bulky battery. Other lights I’ve used have had a cable running down your back to a battery pack – which bangs around your neck and is super annoying. You can also yank it out when you move your neck.”

With the set up out of the way, Nat then took the bike down the trail. With the sun now well and truly over the horizon, this would be the true test of the Guardian Angel light. Again, Nat was impressed by its performance.

“I was sceptical at first considering the size – it’s smaller and doesn’t have the massive battery so I didn’t think it would be bright enough. But I was shocked about how bright it was. I could see the whole trail. It was really wide, which is great for seeing around corners.” 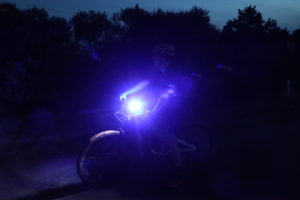 The lights are actually visible up to five miles, and while Nat kept the light consistently on, there are four different light controls that vary their brightness. There is also an emergency option which immediately turns on all the LEDs at once. As a nice bonus for those who don’t mind biking or tramping in wet or rough conditions, they have an IP68 waterproof rating and are shock proof.

After a few times round the track, Nat confirmed that he’d definitely be using these lights again. If you’re after a durable and easy to use light for anything outdoor-related, it’d definitely be worth giving the Guardian Angel Elite Series lights a shot. 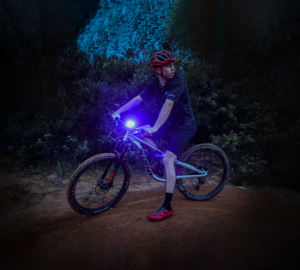 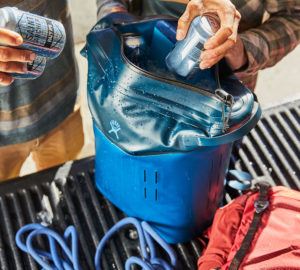 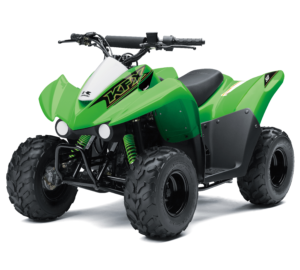