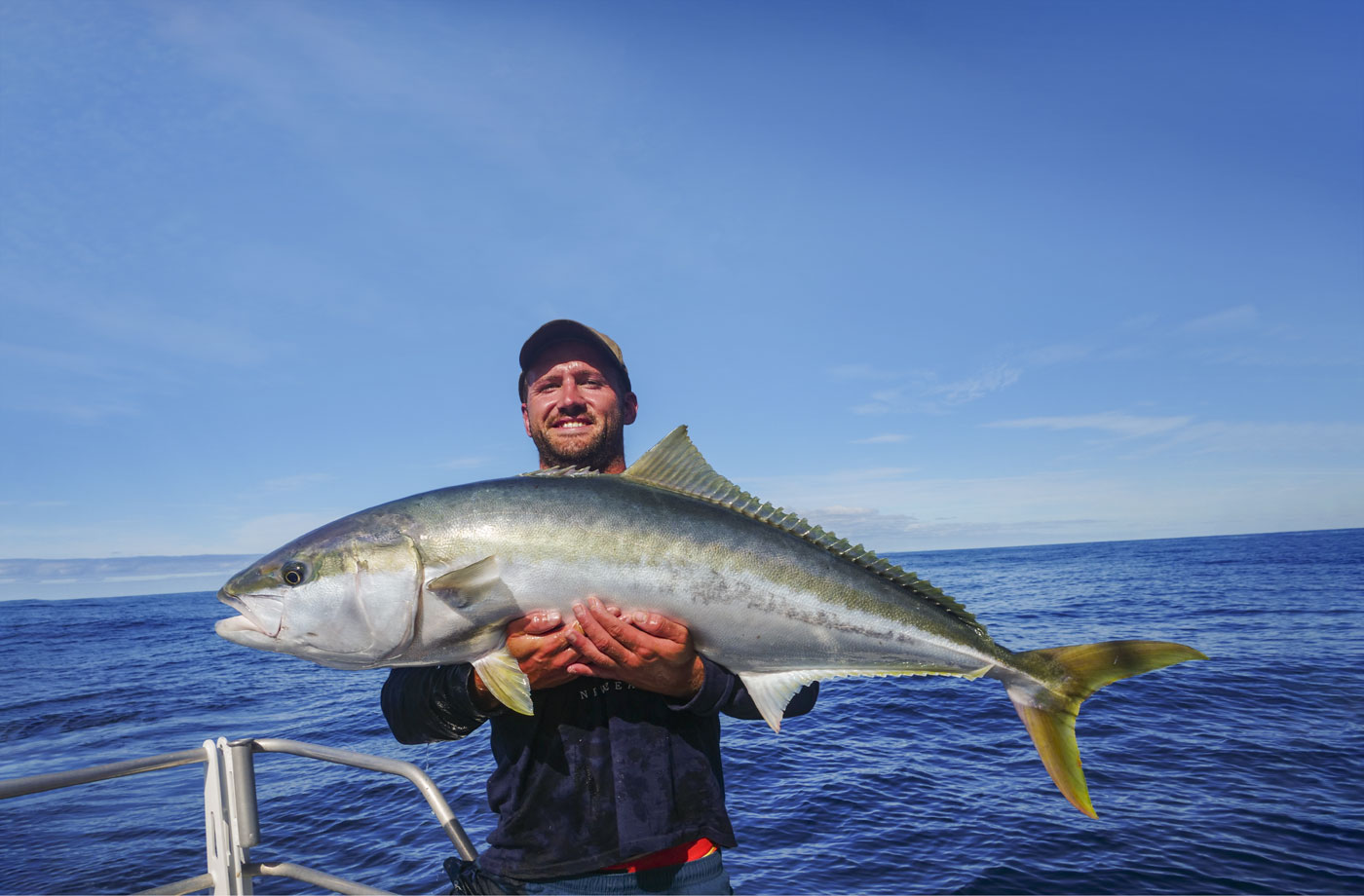 Everyone loves catching kingfish – they grow big, fight hard and make good eating. With the warm water beginning to slowly cool, the next few months are a prime time to target chunky kingies. This issue, Nick Jones provides a crash-course on what you can do to increase your chances!

Most NZ kingfish fisheries are heavily influenced by the seasons. Late spring, summer and autumn are the prime times to find kingies in many areas as this is when they populate the inshore reefs, coastlines and harbours. However, don’t write off a spot just because it’s the cold season – good-sized kingfish will still be cruising around, but they generally won’t be present in substantial numbers.

When I’m hunting for kingfish I look for current, structure and bait. Current and structure can easily be inferred from a quick perusal of the charts – think channels, reefs, pinnacles, headlands, drop-offs, mussel farms and marker buoys. Where are other good places to find kingfish? Either right in the middle of a workup or right where you are catching your livebait.

When I pull up to a spot, I always have a good look around at the structure and signs of life either on the sounder or visually. It pays to either fish good bait sign or kingfish sign itself. When kingfish are schooling in deep water, they tend to swim in a vortex and are obvious to interpret on a decent sounder.

Getting an intimate knowledge of your sounder through time on the water is hugely beneficial, allowing you to differentiate between what is worth fishing and what might well be a waste of time. Kingfish move around reefs and pinnacles depending on the tide, generally holding on the up-current side where upwellings and eddies hold the bait. Kingfish often come on the bite over the change of tide when prey species alter positions in preparation for a new direction of current flow and therefore become vulnerable.

In many areas, livebaiting is the best method to consistently catch our distinguished inshore gamefish. And it makes sense – livebaits are the real deal! Good species to use are jack mackerel, slimy mackerel, koheru, kahawai, trevally, yellow-eye mullet and piper. 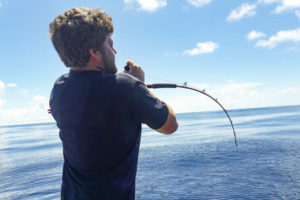 Good areas to catch livebait are sheltered places like harbours, bays, shallow reefs and wharves. Anchoring up in a likely area and luring in livies with berley, or cruising around and finding the bait with the fishfinder are the best ways to catch them. Birds on the water (gannets, terns and/or shearwaters) are also a good indication of baitfish, and the sign on your fishfinder will either show up as big balls in the water column or small scattered shapes around mid-water. Unbaited sabiki rigs are all I use to catch my livebait. If you are anchored up for the night and catching your bait under lights (a very effective method) then small, pink-coloured shrimp sabikis work very well.

There are three basic livebaiting methods to use for kingies. In shallow water at anchor, putting a livebait out under a balloon is a good passive method, slowtrolling livebaits allows you to cover ground to find the kingfish, and my preferred method in deeper water is dropping weighted livebaits directly over fish. Sometimes a livebait dropped 20m to the side of a kingfish school will not attract any attention whereas one dropped right in the middle of them will create a feeding frenzy.

I rig my livebaits through the nostrils with a non-offset circle hook attached to strong fluorocarbon leader. With standard mackerel livebaits on circle hooks I fish with the drag set at strike. Kingfish interest will either be registered as several violent knocks on the end of the rod or one big hard pull if they inhale the bait straight away.

Patience is definitely a virtue here as our target species can play with the bait for a painstaking amount of time. I therefore tell my clients to just hold the rod steady until fully bent and line starts peeling out. Exceptions to this rule are when the livebait is large or when surface livebaiting. In these situations, the kingies typically need time to turn and swallow the bait. 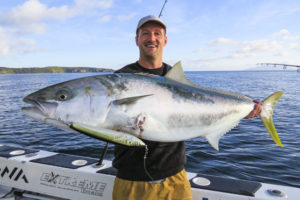 Fishing with topwater surface lures is the most exciting way to catch kingfish but it can also be challenging. A very early start can pay dividends before they become a tad gun-shy. It’s best to cast over shallow reefs, headlands and marker buoys where kings are known to hang out. As a rule of thumb, poppers make more commotion while stickbaits offer a more realistic swimming action. Sweep and pause retrieves are the most effective, and it pays to practice with different brands and models as each will have a unique action. Handcrafted wooden stickbaits catch more fish than their plastic counterparts but can be very expensive to lose!

Jigging can be deadly in some areas and an exercise in frustration in others. Generally, jigs will catch smaller fish than livebaits, although they are very simple to deploy. Simply drop the jig to the bottom (or where you see the sign on the sounder) and work it back up.

Practice makes perfect as the lift and wind jigging technique tends to catch the most fish. Many kingfish are also caught as bycatch when slow-jigging with lures such as inchikus and kaburas.

A final word of warning 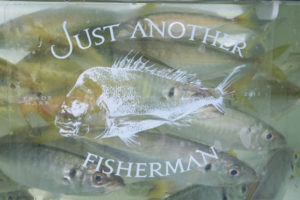 Kingfish are extremely powerful and my basic advice – including terminal tackle, lures, rods, reels and line – is don’t bring a knife to a gunfight! 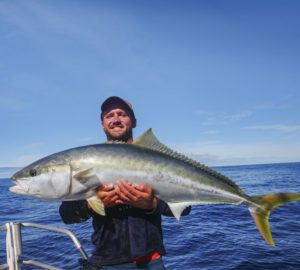 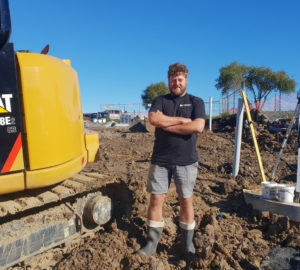 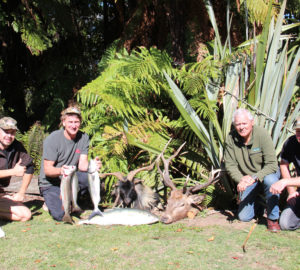