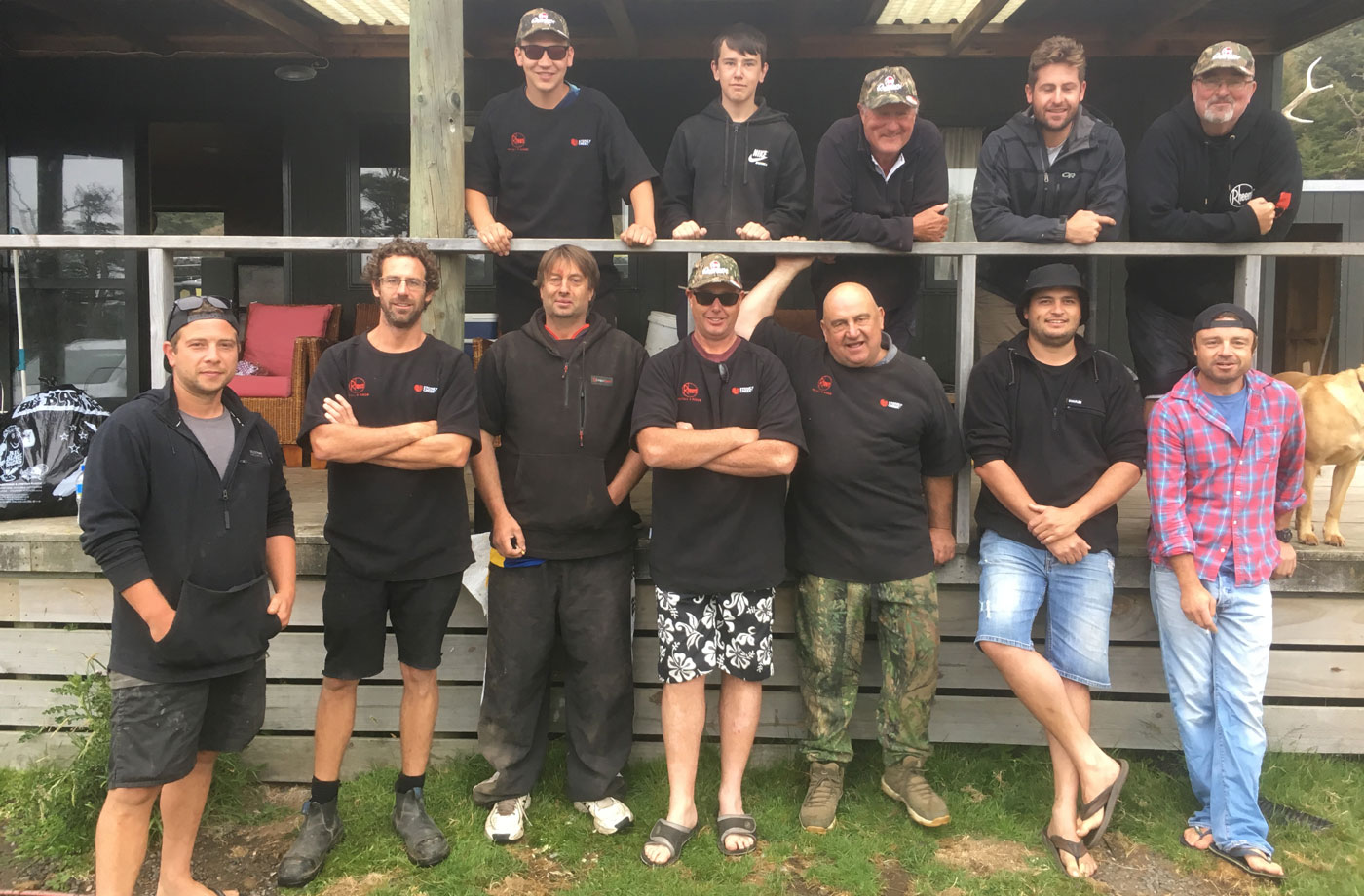 When 14-year-old Logan Juchnowicz visited Lake Tarawera in January with his father Stan, little did he know he was going to tick off a few ‘firsts’.

A stalwart of the plumbing industry, Stan enjoys heading out onto the lake or into the hills to chase trout and deer, and being a family man he also likes to be there when his sons catch their first trout. So when a gap came up in a group hunting and fishing trip to Ngamatea Station in late January it didn’t take much for Stan to sign Logan up. Logan had already proved himself plinking targets with a .22 at Tarawera and he was ready for something bigger. 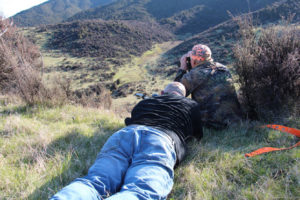 So with ten good keen men from Wellington and New Plymouth, the Zip Plumbing Plus team arrived at Taihape to meet hosts Geoff Thomas and John Bebbington from Rheem before heading up the Taihape-Napier Road to Ngamatea Station.

The 70,000 acre property is well known for producing trophy sika stags, but the hunting for meat animals – which helps control deer numbers – is also popular and guides Glen and Mitchell Ewart and Dave Hern were waiting when the group arrived at the hunting hut on the edge of a patch of bush.

Some of the Plumbing Plus group were experienced hunters and some were yet to bag their first animal. The guides loaded each 4WD buggy and headed in different directions for an evening hunt. When the first vehicle returned at 5.30pm and headed across to the meat safe under the trees, Geoff and John thought “At least they will have one animal.” But guide Dave Hern had a large smile knowing there were already three deer hanging in the safe.

In fact by nightfall when all had returned, the nine hunters were all on the board with a deer. Logan had bagged his first, with one shot, and as most of the guys relaxed in the sun the next day, Stan and Logan went out to get another one and then Logan went for a walk with John to look for rabbits. He soon ticked that box also. 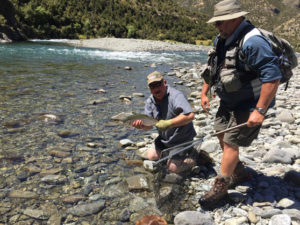 Dave Hern is also a professional fly fishing guide and always carries fly rods with him, and an hour on a tributary of the Rangitikei River saw a nice trout hooked which Stan brought to the bank.

The barbecue on Saturday night was pretty popular as crayfish grilled with garlic and butter and paua fritters soon disappeared.

After just two days of morning and evening hunts the group finished with a total of 16 deer hanging in the meat safe. Geoff took them back to Rotorua where a home kill butcher turned them into patties, sausages and steaks which arrived by courier a week later.