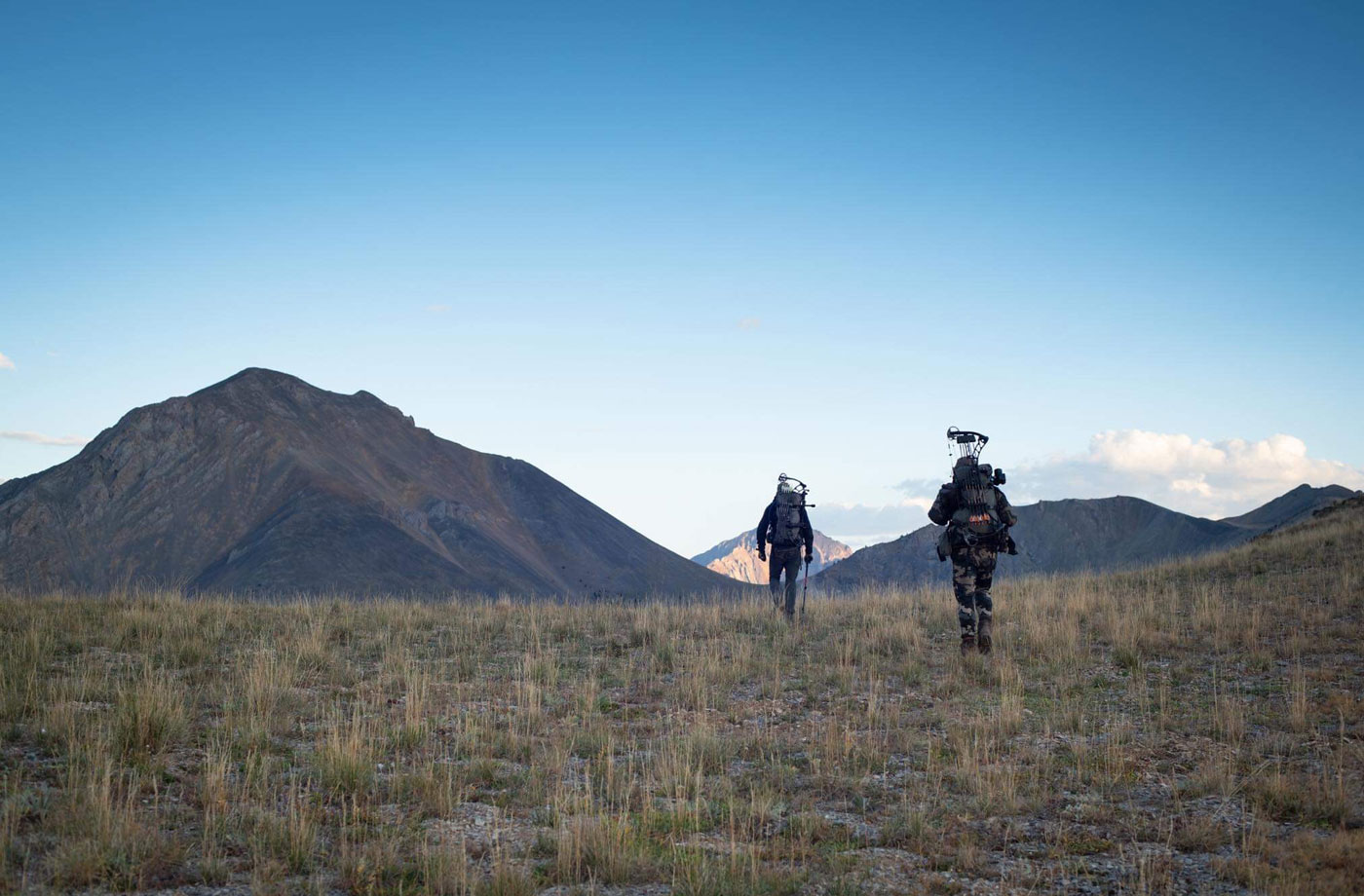 It was September, and Ant Niterl had geared up for what was going to be a mega experience in the wilderness bow hunting bull elk for 12 days in Idaho, United States of America.

With only three months of slamming arrows into homemade targets, I found myself alongside Ben Tuamata in the middle of nowhere with two Yanks who were going to give us some tips for a couple of days, especially in the bugling and cow-calling department – arts which needed more practice than we thought. We couldn’t write a better script for day one. We rose at 4.30am to the sound of howling coyotes. I barely got a wink of sleep due to the unnerving surroundings of wolf and bear country – and sleeping in the back of the Dodge Ram ute with a glock as protection didn’t do anything to settle the nerves. We strapped on our packs and each quickly dealt to a long black. There was an eerie feeling of being consumed by the Idaho pine forest. It was an incredible experience being in the wild so far away from human contact. 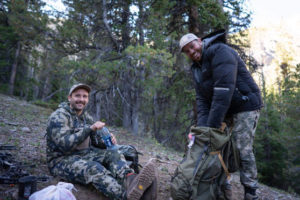 We slowly made our way into the darkness, stopping to listen and let our bellowing, hearty bugles echo up the valley. A faint reply was heard a few kms away, and with the wind perfectly kissing our face, our hearts started to flutter. We carried on, slowly closing the gap, tiptoeing around dead branches and pine. This bull was angry; he was reacting to our calls with testosterone and arrogance. We were on his turf and it seemed like we had him cornered in a big open basin.

I looked up about 100m and, peering through the trees, saw about six cows. They were big and completely different from anything I’ve seen in NZ. If these cows were anything to go by, I couldn’t wait to wrap the peepers around this bull. Ben and I split up about 50m apart and started ranging different shrubs, rocks and trees while also trying to remember the distances for these shooting lanes.

Bulls can accurately figure out where the bugle is coming from and Zak, our Yank mate, was bugling about 30m behind us. All of a sudden we heard twigs and branches breaking. From the bottom of the valley, a big 6×6 stumbled into the open on a mission. Ben drew back and fired an arrow at 40 yards, but it skimmed underneath the bull. It then turned and stood right in front of me, only 10 yards away. I have never seen anything so big. It looked like the size of a horse, but built like a rodeo bull with these huge throw-back antlers.

I was trembling as it stood and stared at me for three minutes. I had the arrow in the nock ready to draw back but couldn’t move as it just eyeballed me. It didn’t get spooked and I don’t think it recognised me as a human. He started to let out a thunderous bugle, complete with steam projecting out from his mouth and nostrils. I dropped to one knee to get a better shooting lane, started pulling back my arrow and then my arrow fell out and I dry fired my bow. The bull trotted off into the distance.

After a couple of minutes everybody started nervously laughing and rubbing their heads, still trembling from the experience. There went the best opportunity we would ever get. It was dead meat right there and we both clammed up and ruined the chance. We looked at each other absolutely guttered. How on earth did we put our foot in this? Both the Yanks said that in their 15 years of bow hunting Elk, this was one of the best starts to the season. We knew this was only going to get harder. And that it did. 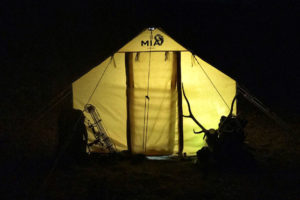 10 days of 30km per day under foot up to elevations of 12,000 feet, and the boys were starting to break. Our American mates had left Ben and I after four days. To add salt to the wound, Ben shot a brilliant bull. We tracked his blood trail for 1.5km until it became nothing. We spent the next day grid searching two basins and logging our movements on an app all for it to return nothing – gut wrenching.

With three other opportunities being blown by wind changes or spooking cows, we were staring down the barrel of leaving empty handed. We made a plan on our last morning to go back to a basin where there were three bulls going off their head. We split up – Ben went straight through the pine, up the guts to where the bulls were bugling and I stayed down the bottom in the event he pushed them down. Ben found himself 30 yards away with a shot uphill. He put one straight into the bull’s chest and it bolted off into the pine with the arrow hanging out of the exit wound. With no blood trail at all we began the painful search until Ben spied his big beast curled over in the open.

The boys had done it! Blood, sweat and tears all for this moment of satisfaction. What a beautiful animal and experience. We had carried a lucky beer in our packs for the duration of the 12 days. We sat there, necked it and marveled at how blessed we were to hunt the mighty bull elk in Idaho. After butchering it, we started the pack out of around 200kg of red Idaho gold. It was my best hunting experience ever, as well as the hardest mentally, physically and emotionally. 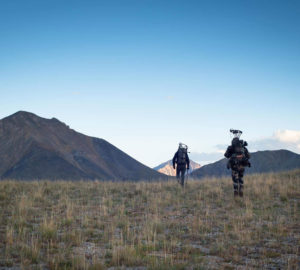 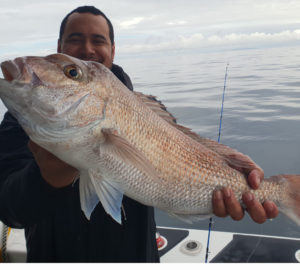 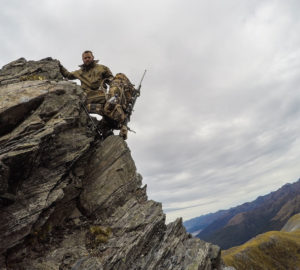