2020 ended on a positive note for Kiwis for kiwi and their sponsors. A Coromandel born kiwi named Aumangea – which means ‘strong’ or ‘brave’ – was successfully relocated on Motutapu in December. Living in the safety of this island sanctuary, the young kiwi will be able to find a mate and get busy creating a new generation of kiwi. 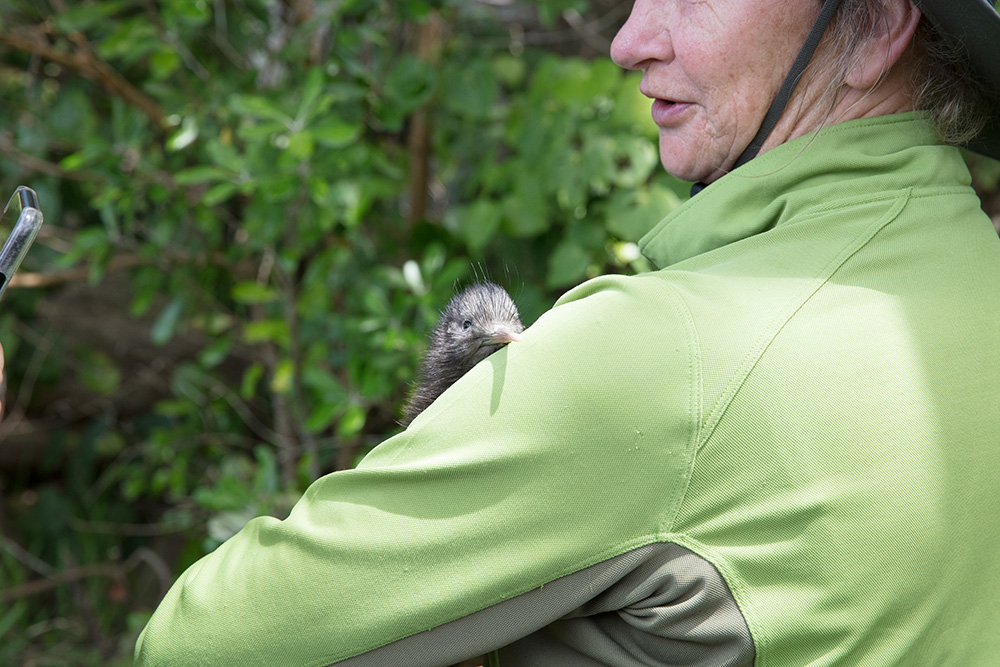 Among the lucky few invited to watch the relocation was Rheem New Zealand General Manager Steve Bullock, who explained the massive effort that goes into making this day successful.

“We all met at the downtown ferry terminal and had to do our shoe brushing because it’s important not to let any unwanted ants, soil or seeds onto the island. It’s a chartered ferry with about sixty people, mainly made up of Kiwis for kiwi staff and sponsors.”

The kiwi itself came across on its own DOC (Department of Conservation) boat, Steve explained, as “they don’t want to take any chances.”

The ferry arrived at Home Bay on Motutapu, and after a speech from Kiwis for kiwi Executive Director Michelle Impey, Steve and the rest of the crew had a chance to explore the island and have lunch. With the DOC boat approaching, it was soon time to gather back at camp and watch as the kiwi was brought onto the island.

“The DOC worker took the kiwi out of the cage and cradled it and carried it right in front of us, so were literally within arm’s length of it. The kiwi was quite alert and a little bit nervous and wiggled around a bit but she kept it under control. We had to be absolutely quiet,” Steve says.

After a blessing for Aumangea, the young kiwi was put back into the cage so it could be taken into the bush and released. There it joined the close to 100 other kiwis which have made Motutapu their home. According to Kiwis for kiwi, only 5% of kiwi chicks survive to six months in the wild, so moving kiwi to sanctuaries like Motutapu is essential work.

For Steve, it was an unforgettable experience.

“It’s quite emotional… It’s just an amazing experience being that close to a live kiwi; I don’t think many New Zealander’s have done it.

“We are thrilled and proud to be sponsors of such a great cause.”

Kiwis for kiwi have set their sights on increasing kiwi populations by 2% per year, but it’s going to take a team effort. Head to www.kiwisforkiwi.org to find out how you can show your support.