The rabbit is one of the hardest targets to ping when doing the rounds at Ric Black’s clay target shooting operation, Loaded NZ, at Pyes Pa near Tauranga. 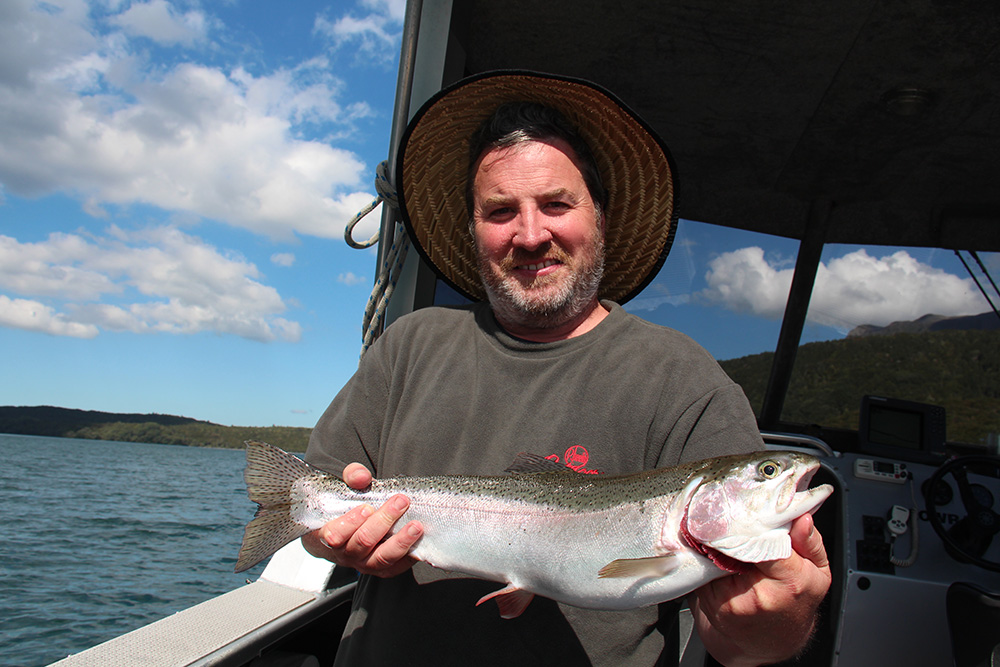 But John Bebbington from Rheem was right onto the target as it flew out of the trap and bounced along the track, smashing four out of five ‘rabbits.’ Most clay targets fly up and out at different angles, but the round orange clay which simulates a running rabbit is always a difficult shot because it rolls along, upright on its edge, and bounces off every bump and rock, making each shot unpredictable.

“You have to get onto it early,” mused David Booth.

‘Boothy’, as he is fondly called, was testing his shooting skills along with business partner Liam Mulligan and JB (John) while travelling to Rotorua where they were looking forward to a couple of days at Geoff Thomas’ (GT) lodge, Rainbow’s Return, on the shores of Lake Tarawera.

Boothy and Liam, who run their Universal Plumbing Plus outlets at East Tamaki and on the North Shore, conceded the clay shooting honours to JB, but hoped to leave him in their wake in the trout fishing department. And this trip promised more outdoor action, with a hunt for some venison at a property near Rotorua on the agenda.

It was four in the afternoon when Geoff guided his boat out from the jetty at the lodge and five minutes later, the first line was set on the downrigger.

“Grab it Boothy!” shouted JB as the rod bent and buckled before the second lure was even in the water. Boothy soon had the fish at the net – a fat, silver 1.5kg rainbow, perfect for the smoker. Geoff re-set the gear and five minutes later Liam was pulling in his first trout of the day.

“This is the hottest fishing we have ever seen here,” said Boothy. And so it continued. They had 10 trout in the fish box by 5pm when it was time to head in and meet a couple of local characters who had popped in for a beer.

A wild pork casserole and a bottle of wine topped off the day, and an early night ensured that when the alarm jangled its ragged intrusion at 4.30 the following morning, the boys were in pretty good shape to head into the hills for a hunt.

Having never fired a rifle before, let alone shot at a deer, Boothy and Liam were pumped. The trees were dark shadows in the dawn light as the team followed the guide, Dave, along a bush edge. Two deer spotted the hunters before they saw them and scampered off, but 10 minutes later Boothy lined up a fallow spiker with Dave’s .243, but it was a long way out and the shot went wide.

Another shot also missed, and with the sun high it was time to head back to the lake.

“What a fantastic morning,” said Liam. “We saw some animals, and had a great walk.”

Having experienced their first hunt, Boothy and Liam will certainly book in for another crack at a deer.

The rest of the day was one to remember. The lake was like a millpond, the trout were biting, and a swim to cool off completed the experience.

Well, not quite. GT sliced out all the bones and put some of the trout through the smoker, and turned the rest into fillets for pan-frying. They joined the venison steaks in the chilly bin for the trip back to Auckland, while fresh whitebait fritters helped the wine go down around the dinner table.

“That’s why we call it Rainbow’s Return,” said GT. “You are expected to return.” 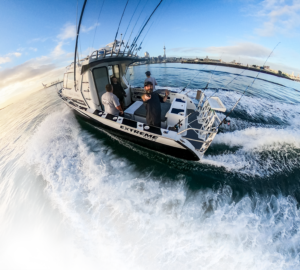