When West Auckland plumber Richard Boynton heard he had won the Rheem Big 6 Challenge, he thought “I haven’t been hunting for about 30 years and I have never caught a fish.” So, it was definitely going to be a challenge. 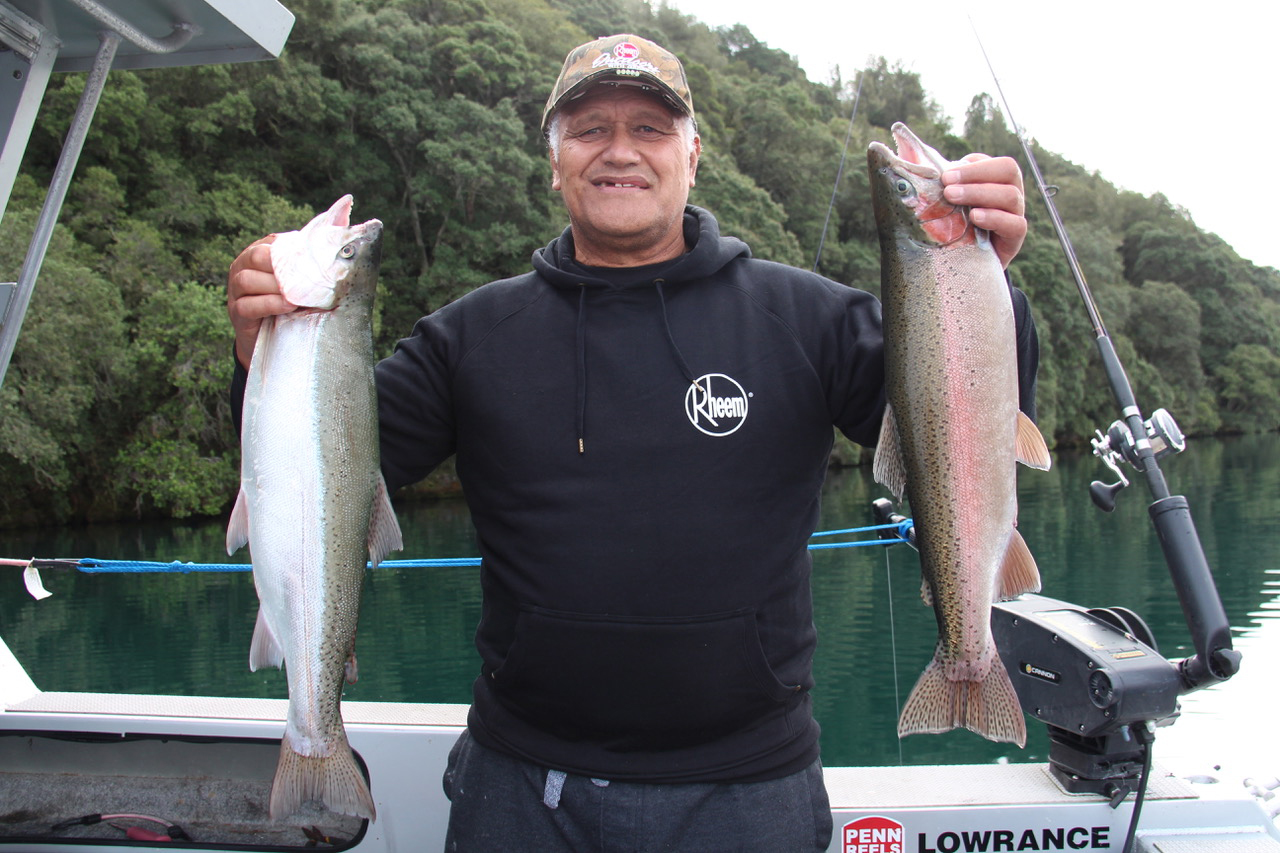 Richard grew up in the small settlement of Waimana on the edge of the Ureweras. “As a youngster, I would hold the spotlight for my brothers, but it has been a long time since I shot a deer,” he told host Geoff Thomas. “I hope I am up to it.”

The Waimana River is full of trout, but Richard had never actually been fishing – anywhere. The adventure promised to be full of ‘firsts.’
He brought good mate John Petere who, like Richard, is a teacher at Unitec. After 25 years on the tools, Richard is now putting something back into the trade and is busy teaching apprentices.

As John said, “It is quite appropriate that a couple of teachers get to go on a trip sponsored by Rheem, because they put a massive amount into education.”

The first morning saw the team set out into the hills near Rotorua and slowly make their way along a bush edge. They saw plenty of deer, but they were all hinds and the rules stipulate the animals must be males.

The object is to try and score two different recognised game animals – a goat, boar, chamois, thar or deer – two different saltwater fish species which are recognised for world records, and two freshwater fish which are on the licence. These could be rainbow or brown trout
or salmon.

Richard lined up a fallow spiker but the shot went wide, and then soon spotted another spiker standing in some thick scrub. He took his time with the shot and bingo! Down it went.

Score number one on the board. Now he has 48 hours from the time of the shot. They raced back to Geoff’s place at Lake Tarawera and after buying fishing licences online, Richard and John manned the rods. The trout fishing was good and Richard soon had his two trout – his first fish – and as they didn’t have to leave for Auckland till the next morning, they spent a leisurely afternoon on the lake, finishing with seven good trout in the bin. Some of the trout even went into the smoker, as they only needed two fresh fish for the final photo of the bag. The score: three points.

Lunch time the next day saw the team arrive at Half Moon Bay Marina where the snapper fishing boat was waiting and while June is not the favoured time to chase snapper on the Hauraki Gulf, skipper Paul was confident they would find some. “But the second species might be harder. We got a kingie last weekend, so fingers crossed,” he added.

The weather was forecast to get up from the south-east, so Paul tucked in around the corner from Matiatia where they were out of the wind, and with two berley bombs on the bottom, the bites started. Richard hooked and boated his first snapper and as the tide turned and started running, the bites picked up.

The team soon had a dozen good snapper in the bin, and Richard had one more point secured. But they couldn’t get a second species. Time was almost out when one of the floating baits took off, and Paul called, “That’s a kahawai!” After a short fight, it was in the net.

For someone who had never caught a fish and hadn’t hunted for 40 years, Richard did a fantastic job.

It was John who summed up the trip nicely: “That is the best weekend I have had in a long, long, long time.”