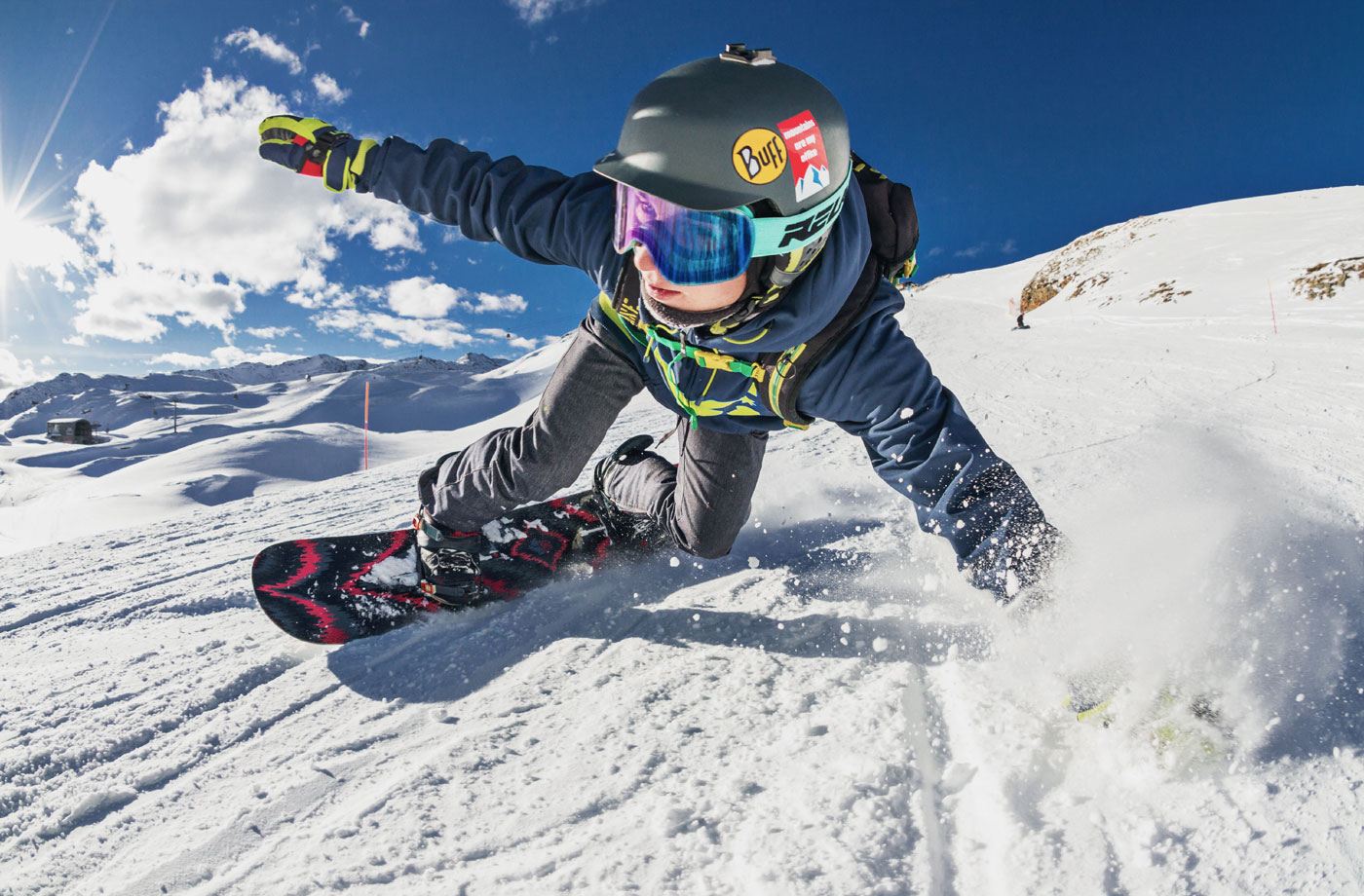 There was a time when this question would have evoked enough passion for fists to fly and people to be banned, but the fiery feud between skiers and snowboarders has somewhat ‘cooled’.

Today, skiers and snowboarders share the slopes (to an extent), and so those heading up the mountain for the first time have a real choice to make: 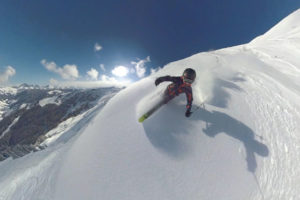 do I ski, or do I snowboard?
What’s easier?
What’s cooler?
What’s less painful?
Both slope styles can be picked up by beginners, but the way you approach them is quite different. Skiing is often picked up faster by beginners, as it is easier to come to a stop without falling over – always a good start!

On the other hand, for many would be snow bunnies, snowboarding often looks more fun, and if you have ever surfed or skateboarded, there is some crossover. But to be fair, most people heading to the mountain for the first time should simply choose to do what their mates or group does; it will just be more fun, you will get some personal one-on-one teaching from your peers who have done it before (everyone wants to give tips) and you’ll stick together. Even the simple processes of getting on and off the chairlift, using the T-bar and traversing (moving across the slope) are different for both skiers and snowboarders, so with mixed groups (especially for beginners) there tends to be a bit of waiting around, unexpected crashes and downtime which can be frustrating. 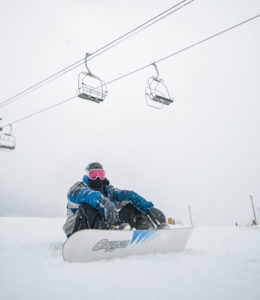 So, what are the basic pros and cons of skiing verses snowboarding?

The first thing most beginners want to know is which is more difficult to learn. For most people who have tried both skiing and snowboarding the general consensus is that it is easier to learn the basics of skiing. This is because you maintain the position of two separated legs (the same way we stand day-to-day), making it easier to balance.On the contrary, a snowboard locks your legs together which can feel disconcerting and frustrating if it’s your first time.

The upside of snowboarding is that once you’ve got your sense of stability, it’s simple to make progress by sliding horizontally sideways down the hill. Skiing, however, tends to feel like you have more control as you are standing and facing forward which seems more natural, but it can be a bit chaotic up until you’ve mastered the snowplough / piece of pizza technique. But once you’ve got the basics of controlling your speed, by slowing using those pizza-shaped turns, you feel more in control. As your confidence builds you can move your feet while initiating turns, increasing your control and then you are more able to deal with steeper slopes.

With snowboarding you need to progress from sliding sideways slowly to learning frontside and backside turns. This stage is perhaps the most demanding for the learner and it pays to get a lesson as there are a range of simple techniques which will help. Learning to transition from frontside (edging on your toe side) to backside turns (edging on your heel side) can be a slow and sometimes painfully wet process. When learning to snowboard you spend a lot of time on your butt and on your hands, (we strongly advise you get wrist guards or or you risk breaking your wrists) but when you’ve learned how to ride on your edges, you will then progress quickly.

It’s often said that skiing is easier to learn, but harder to master. Moving away from the pizza pie stance and learning to execute full carving turns takes time and practice. Using the edges on skis requires you to control both skis independently, but also, in unison – it’s a little complicated but easy once you get the hang of it. When you’ve mastered turning on a slope, you’ll soon be tackling almost any terrain and as you get better you will go faster and steeper. 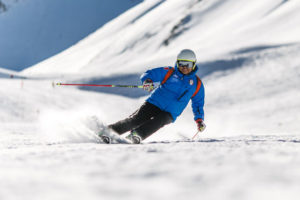 So, which to choose?

Most people will find that skiing is primarily easier and if you are only on the mountain for a few days per year then it’s a good place to start. However, if you have the time and are happy getting a wet butt, your efforts will be rewarded with snowboarding. It’s common now for people to both ski and snowboard – skiing is better in firm conditions, easier to hold an edge, but in powdery or slushy condition snowboarding can feel more in control.

Then there are the lifts! In New Zealand you will need to learn to tackle the lifts and it can be a bit daunting. Snowboarders will find the various lift systems – be it T-bars, rope tows and chairlifts – more challenging than skiers. For skiers it’s easier as they ride and get on and off lift systems facing forward – whereas snowboarders need to rotate their torso in order to exit or use the lift. Be prepared for a few bails, in particular on a T-bar, which for skiers is easy and for snowboarders looks like torture. Remember if you fall off the chair stay low and get out of the way and on a rope tow or T-bar move to the side as soon as possible – or you will multiply the carnage taking out those coming up behind you. 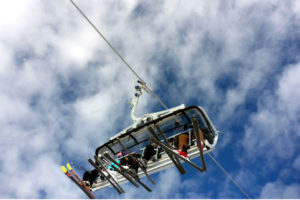 One of the biggest surprises for those new to snow is just how challenging and demanding skiing and snowboarding can be. Like any new sport there is an additional degree of exertion needed. Before heading up it’s a good idea to work on your fitness to get the most out of your time. Both skiers and snowboarders will feel it in their legs, particularly snowboarders who are constantly sitting down to clip and unclip bindings. Snowboarders use their core to initiate turns and scrape themselves off the snow when they fall – which happens a lot.

So, in short – choose what you feel will suit you and your group, take it slow, be respectful to others on the slope and most of all, have fun! 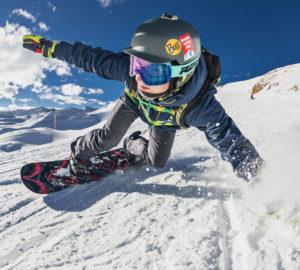 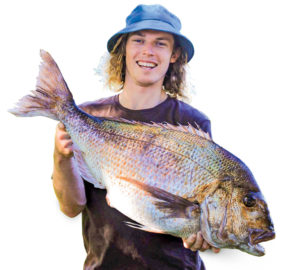 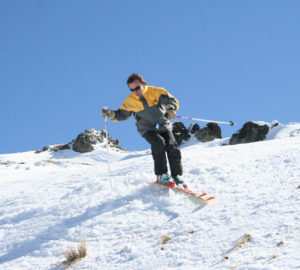