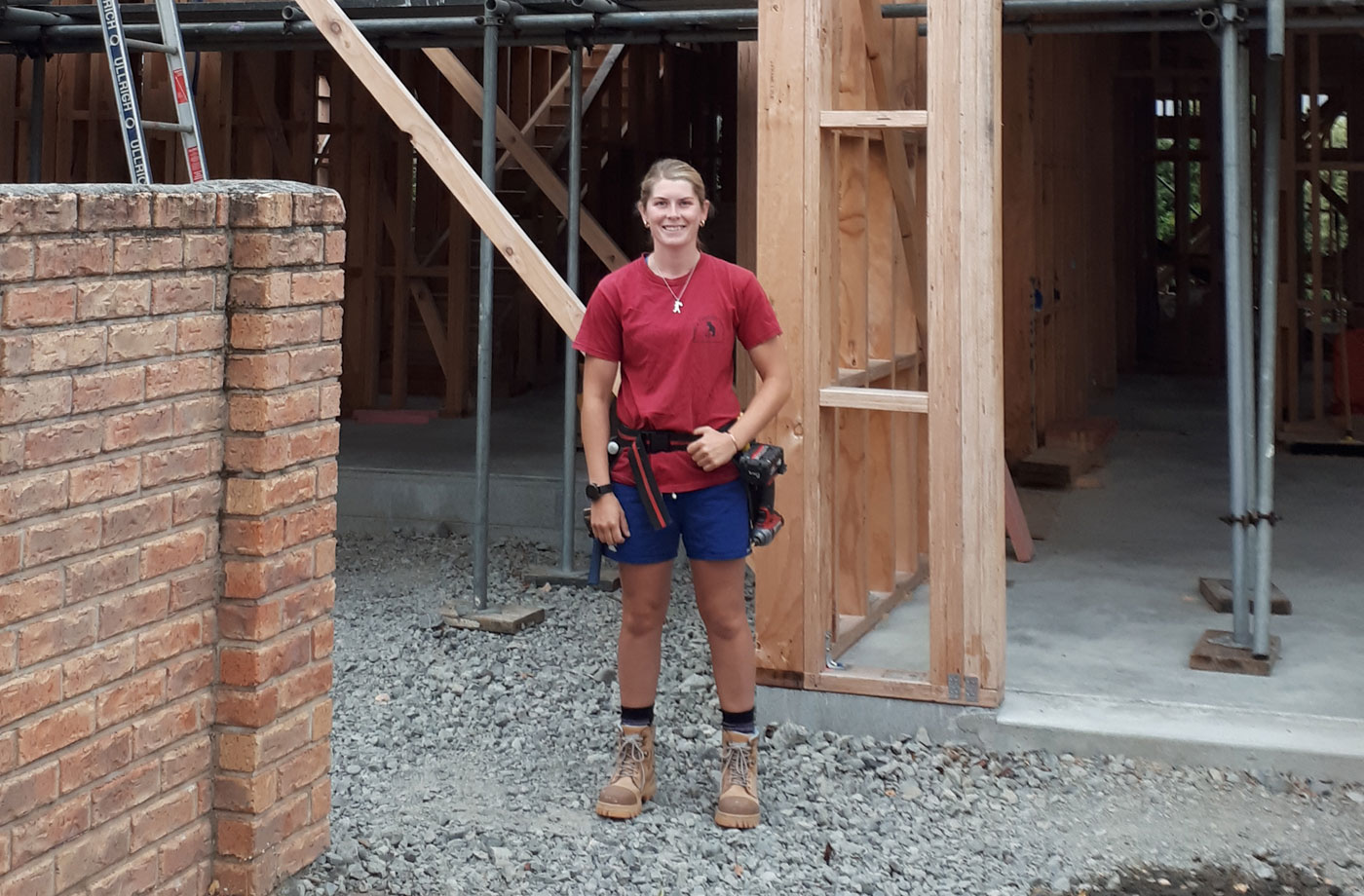 There is very little that phases Paris Ternent-James, but when you’re one of the 3% of construction tradespeople in NZ who are women, I suppose not much can. Paris is in her third year of a building apprenticeship, working for MD Brown in the Wairarapa, and has no plans for stopping.

What became clear in our conversation was that she isn’t going to follow the path others prescribe. Her first job was working in agriculture with sheep and beef. Sheering, milking, castrating – not every teenager, male or female, is cut out for such work. Studying through Taratahi College and Massey University, she earnt her Sheep and Beef Level 3 Certificate, and enjoyed the outdoor lifestyle of the agriculture industry.

However, she soon realised that this job was not a perfect fit. The often long and lonely shifts, while teaching her invaluable skills, had her looking for another “hands-on job that’s outdoors.” Building, she soon found, was a job that ticked all the boxes. She was also lucky enough to be surrounded by people who backed her decision to get into
the trades.

“Mum was a hard materials design tech teacher and my brother in law was doing his apprenticeship and being around them made [building] seem possible.”

Her grandad, in fact, himself an accomplished woodworker, never misses an opportunity to introduce his tradie granddaughter.

“My family and friends were super supportive and stoked for me to take on a trade and are very proud of me and my achievements within the industry,” she tells me.

Perhaps a sign of the changing times, finding a company to do her apprenticeship with was no trouble at all. But this isn’t to say it was always smooth sailing. There’s a fine line between workplace banter and sexist comments, and she informs me her first workplace veered towards the latter. Since moving to MD Brown, however, her experience has been only positive.

“I work with a great bunch of guys who give me stick but I give it back.” The “giving it back” is key, Paris tells me, and judging by our conversation where she repeatedly beat me to the punchline, I’m sure she has not trouble in that department. The skills she has gained over the last three years have also proven helpful elsewhere. Her mum builds furniture, and Paris’ experience means she’s a great help to the family business.

“I help my mum with her furniture. She makes lots of beautiful tables and pieces out of recycled timber so I go help her at local markets.”

If at this stage you’re starting to wonder why she looks familiar, it’s because she probably is. As an ambassador for BCITO, she featured on their advert in which apprentices build a house for two kids. This aired as part of the

“Got a Trade? Got it Made” campaign, seeking to get more people into the trades. Outside of building, Paris has always had an interest in sports and outdoors. She plays in a mixed football team with three other women – the most of any other team in the comp by a long shot – but she was quick to inform me that this didn’t stop them coming second in the league!

Paris and her partner also recently went up to Te Araroa – “a beautiful and peaceful part of NZ,” she tells me – to spend time with family and compete in Pa Wars, “which is like a really big athletics day.” While she refused to compete in the line dancing, she chucked the ball round when she could.

“I participated in the 100m sprint and touch rugby. I won my heat and we did well with touch. But it was nice to chill with family and enjoy some quality time with no distractions and the phones put away for days.” 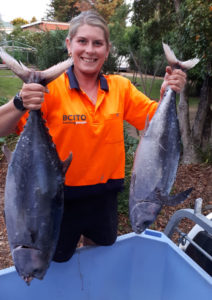 Fishing is next on the list. She owns a Shimano boat rod and recently added a brand-new Shimano surfcaster to her arsenal that she’s looking forward to christening. She’s also collecting dive gear, and is excited to explore her local coastlines, even if her first dive involved a close call after getting wrapped up in the weed.

So, what does the future hold for Paris?

A lot, I’m sure. She has plans to take her trade abroad at some point, but for now she’s focussing on finishing her apprenticeship – and I have no doubts she will complete whatever she puts her mind to! 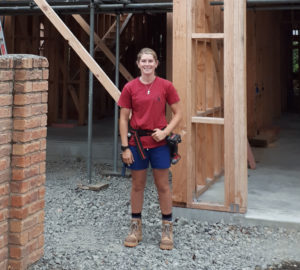