Less than 1% of plumbers are women, so Beth and Aaron Healy may well be one of the only couples in NZ made up of two registered plumbers. Together, along with business partner Tom, they run Pipewise Plumbing and Gasfitting Ltd. For this issue’s ColorCote Tradie Profile, Off-Site Editor Ethan Neville headed around to their place in North Auckland to find out more about their story. 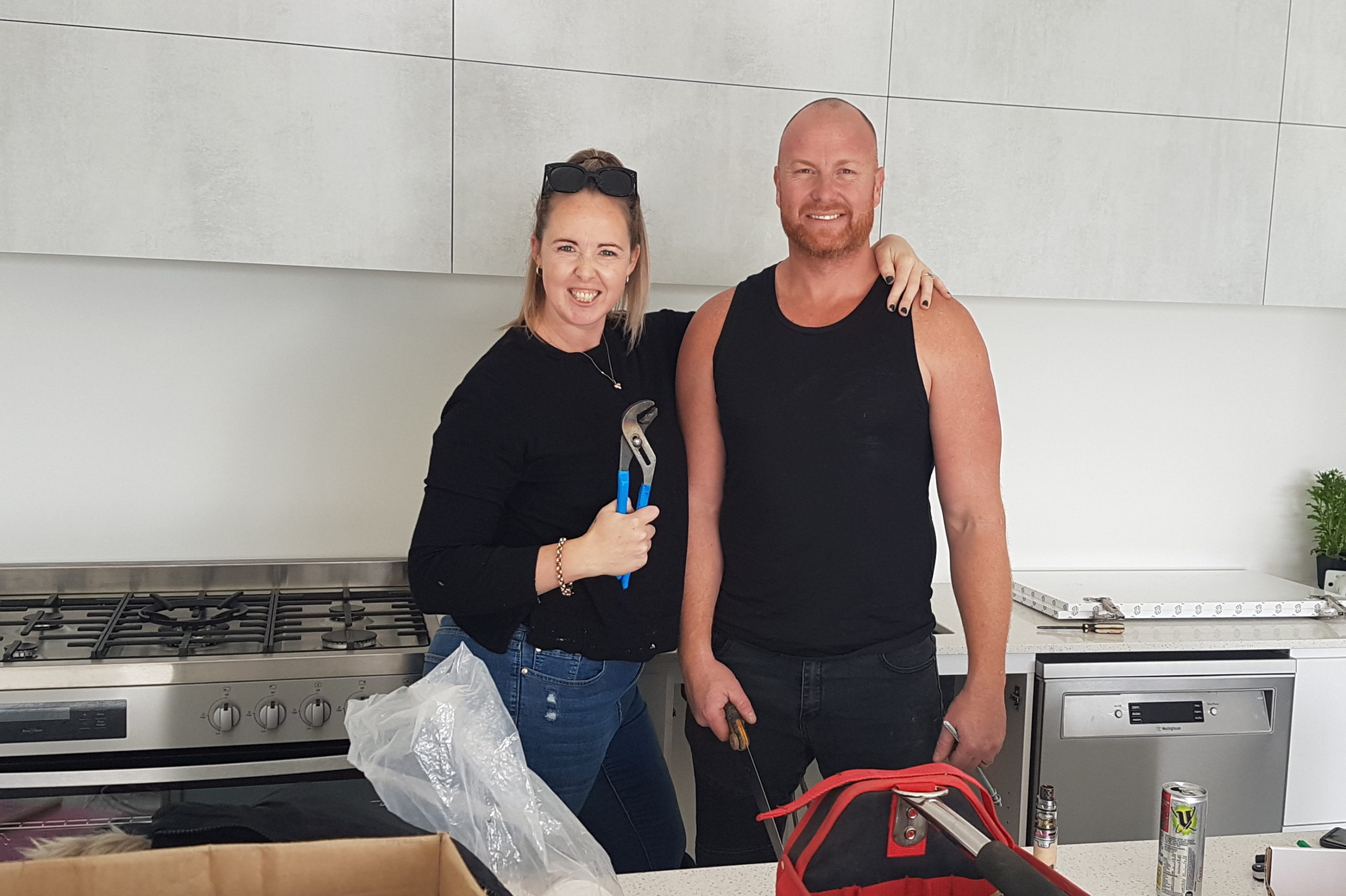 I met Beth on a still Friday afternoon at her home in Whangaparaoa, and she wasted no time walking me down to their poolside seats. Her husband Aaron was joining us soon, but there was still plenty to talk about while we waited. As one of the few female plumbers in the country, her story isn’t a common one – and it all started in 2012 when she decided to make a career change.

“I was managing an office, and couldn’t see myself working in an office for the rest of my life. I have a few friends and family in the trade and they said you should give it a go, so I contacted a plumbing company and they were keen to take me on,” she explained.

While this sounds pretty straightforward, Beth’s context probably was a bit different to most other apprentice tradies. As a solo mother, her starting wage of $11.50 per hour had to cover her rent, car and day care for her daughter. 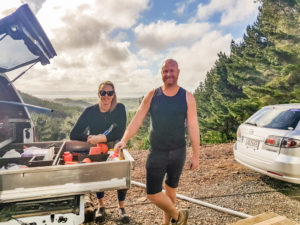 “I showed up for my first day, and nobody had been told I had been employed… My boss told Pete that he was taking me out, and he asked, ‘So is this kind of work experience thing?’ and I said, ‘No this is the first day of my job,’ and he said, ‘Wow, that’s great.’

“We had to crawl under the house and Pete was a bit unsure, but once he saw me dive straight into it, it was all good. Once everyone realised I was willing to work hard, I became just one of the guys.”

I was interested to hear what it was like for Beth as the only woman on most construction sites, assuming, of course, that I was about to hear a few stories of prejudice and lewd joking – but that couldn’t have been further from the truth.

“I feel like people wanted there to be a big mean nasty thing that happened. I even did a Seven Sharp thing on females on the trades, and they put us on these t-shirts that said “hire a wifey” and they tried to portray us as being treated poorly. But none of us had been.

“We have all been treated fairly… It’s epic – I love being a female plumber. I won the respect of my peers. The guy Pete that I did my first day with is now even one our staff.”

There are some experiences, however, that are definitely unique to Beth.

“I sat my registration exam 36 weeks pregnant. It was hilarious. There were 100 plumbers in there and I was waddling around.”

Fittingly, it was around now that Aaron arrived, bringing with him a couple of beers and a cider. He was still in his tradie uniform – an orange high vis singlet – and neither me nor Beth turned down the offer of refreshment. The conversation then became a bit less about business and a bit more about fishing, but this didn’t come as a surprise. As seems to be a common theme with plumbers, both Aaron and Beth are fishing mad.

Their current rig is an Osprey 750HT, which they chose after doing some hands on research at the Hutchwilco Boat Show earlier this year. Aaron has been doing kingfish pilgrimages to the Far North for years, and is now a regular on the West Coast and Hauraki Gulf. Beth’s fishing journey started earlier than Aaron’s, having been introduced to the sport by her family as a kid. Before she met Aaron, she even used to go surfcasting on her own because she didn’t have a boat – and she’s still as keen as ever. So, as you might expect, fishing played a central role in a key part of their relationship.

“I got a ring,” Aaron explained, “and I was going to ask to her to marry me when we got our first marlin. I had the ring in the side pocket of the boat as we were trolling, but we didn’t get one. Beth thought I was getting cold feet after a few months, but it was just that we couldn’t get a marlin.”

When the Chesters Fishing Comp was approaching, Aaron decided enough was enough and proposed on their way down to Hicks Bay. Beth said yes, and the weekend only got better from there. 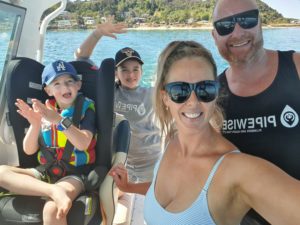 “I won the fishing comp for biggest kingie – and while I was pregnant!” Beth laughed. “The fish was railing me, and I wanted a gimbal and to loosen the drag, and Aaron (Aaron Sargent – the well-known charter skipper) wouldn’t let me – and then I said after we had the fish in, ‘You know I’m pregnant right?’ and he had no idea.

“It was 22kg – you’re not meant to do heavy lifting while you’re pregnant and that was the heaviest load I’ve ever lifted… It was an epic weekend.”

With fishing well and truly covered, we turned the conversation back to Pipewise, the plumbing business Aaron and Beth own together with their business partner Tom.

Tom and Aaron’s first conversation about going into business together was actually on Aaron’s stag do, Beth added (they were in Paihia fishing, of course).

“Shortly after the stag do we worked out the details. The wedding was in March, and we officially bought half the business in August. We got into finding young guys and training them up. We’ve trained all our staff – except for Pete. They’re a really good bunch of guys.

“I find that working together with Aaron and Tom is great, we all have our areas we work on, and we are all passionate about people and culture. We really want to look after our people. It’s not just the owners – it’s all of us. Tom and Aaron would never ask the guys to do anything they wouldn’t do themselves, and they jump on the tools when they need to.”

Interestingly, all of their staff are under 25 apart from Pete.

“It’s nice – it’s almost like a pastoral role,” said Beth. “They come to us with problems almost like they’d come to Mum and Dad.”

“A lot of the team have mentioned that it’s like a family,” Aaron agreed. “A few of the guys have had serious issues, and we’ve made it clear that the time off is not an issue. We tell them they’re our number one priority, so don’t worry about finances.

“You create a culture in your staff where they pride themselves on showing up on time and working hard, and you don’t need to be that authority figure. And when you build that culture in a company, then it’s amazing.”

It was quickly becoming clear that Beth and Aaron are both genuinely caring people, who take their responsibility as business owners seriously. With this in mind, I was interested to see how they managed to squeeze family and fishing time into what is already a busy schedule.

“We try keep work during the week, and work hard to not work weekends. We also try keep Friday arvo free so we can knock off early if we need to,” Beth told me. 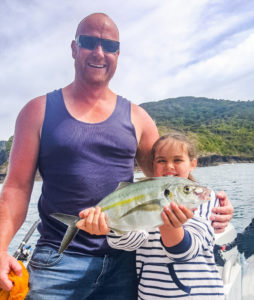 “We try not to commit to too much, so when those under 10 knot days come, we can be able to just go. All those great things – snowboarding, hunting, fishing – it’s hard to book in advance,” Aaron continued.

“In another two or three years we think we’ll have the flexibility to do more fishing but right now the company is so involved that we don’t have the chance. We don’t quite have the work/life balance sorted, but we’re on our road there.”

“The ultimate goal,” Beth added, “is to be less involved and getting the business to a point where we can free up our time. Some people say you should be buying a rental property and so on, but we say we’re young now and we’re working to live, not living to work.”

“At the end of the day,” Aaron concluded, “you don’t get to the end of your life and remember all the piping you’ve done. It’s the experiences – an epic surf or hunting day. And the more of those memories you can have, the better your life is.”

That sounded about right to me, and with a couple of empties now on the table in front of us, I decided that was the perfect end to the afternoon. I said my goodbyes, and left happy – it’s great to know there are business owners, tradies and parents like Aaron and Beth out there. 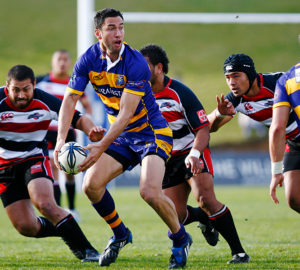 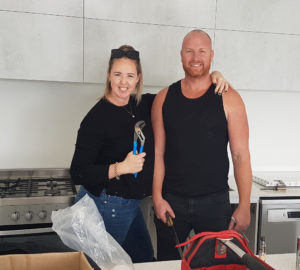 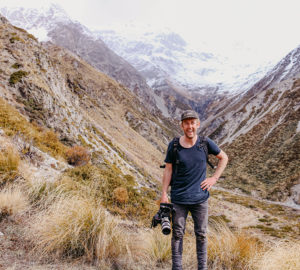