If there’s one thing Editor Ethan Neville learnt in his interview with Broc Martens, it’s that motocross riders are a different breed. Despite endless setbacks and injuries, Broc has achieved a lot in the sport, and much of this success has come while working full time on the tools. 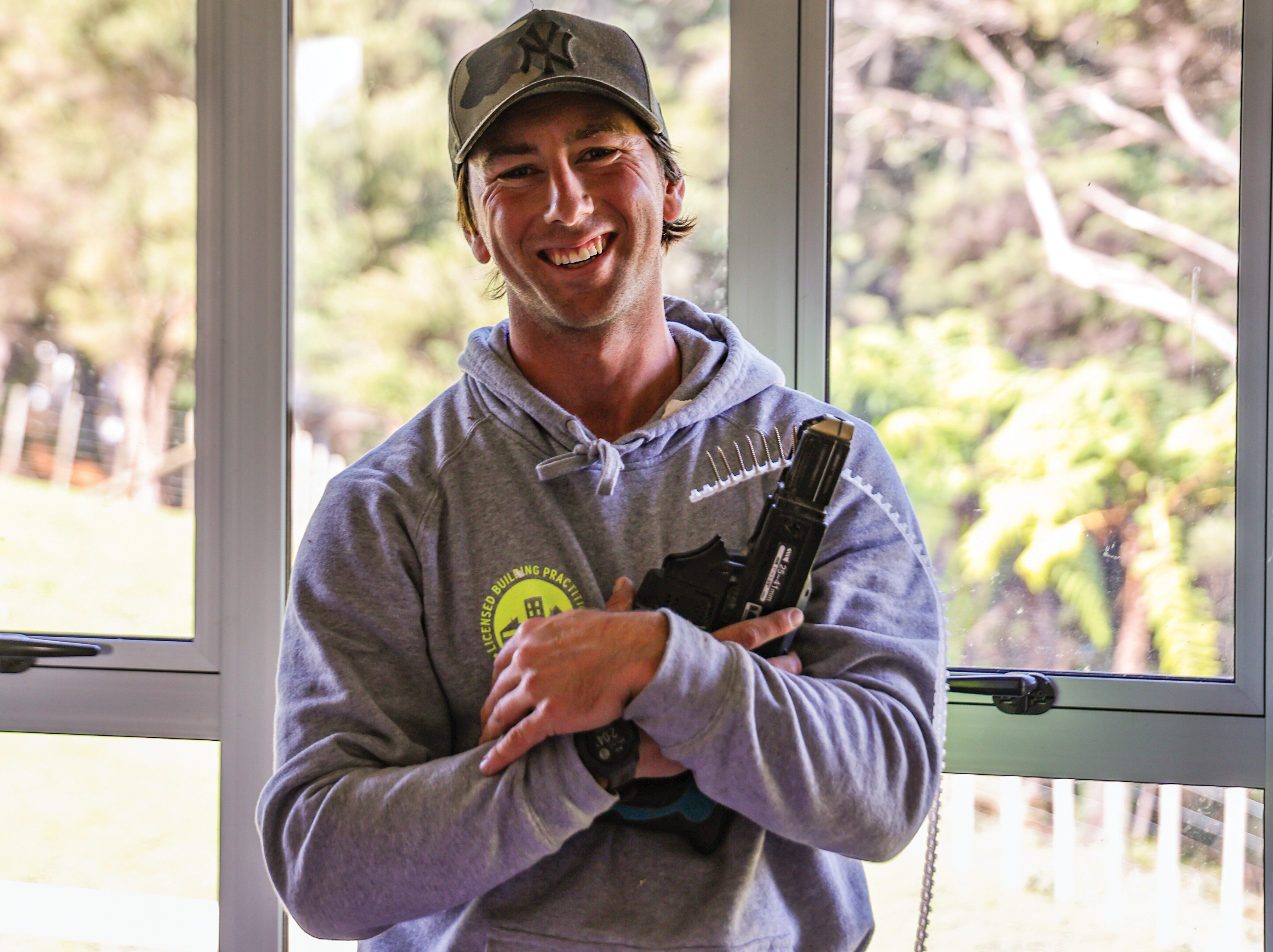 Broc and his older brother Ethan have sacrificed a lot for motocross – time, money and very nearly their lives. Motocross, I soon found out, is not a simple sport. It demands a lot from athletes and doesn’t often give much back in return – but there’s also nothing in the world like it. As Broc quite seriously told me once he was half way through his second beer, “In NZ, we do it for the love of the sport, not for money.”

Broc’s motocross journey stumbled into life a few years later than it should have. While his older brother Ethan was riding a little Yamaha PW50 at 18 months old, Broc was less single-minded. 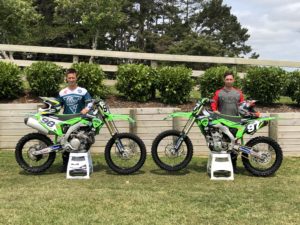 “Ethan was a bullet right from a young age, but it took me until I was like 10 or 11 before I got any good at racing. I was just dragged along by my dad and bro, but I was just interested in picking daisies at that age.

Inspired by his brother’s success, something clicked with Broc and he decided to start taking racing seriously. From the age of 11, he began placing in the top ten in NZ regularly, but it was then that he was first introduced to the darker side of motocross.

“When I was 11, I had a little tip over after a jump, and then a guy came over and sandwiched me between his bike and mine. They were trying to put me in an induced coma in the ambulance, and they lost my heartbeat twice, and my brother and my dad were in the car next to us watching. My dad made my brother go ride the next day. I wanted to give up but my dad made me go riding when I was back from injury. He’s a pretty stubborn dude, and he didn’t want me to have that fear of motorbikes. But it’s the best thing I could’ve done.

“Motocross has given me so much in my life, ups and downs, but to me it’s the coolest sport in the world and I’m glad my dad and brother made me get up on the bike. In my first year back, I got 35th in NZ, and the year after, I got 7th.”

While it didn’t come easy for Broc, he persisted in training and competing in junior events, and when he was fifteen, he finally got his first top-five placing. Going into the Nationals the following year, he was ranked third in NZ and was one of the favourites to take out the whole championship.

“I had put my head down over those two years and improved a lot,” Broc tells me, “but then I got appendicitis the day before racing those nationals and didn’t tell my dad because he wouldn’t let me race. So, I raced the whole nationals without eating any food. I still ended up getting fourth equal, but on countback came fifth. I was super gutted – I went there to win.”

While Broc was a little “down and out” after the nationals – he couldn’t be convinced that placing fifth at nationals while suffering from appendicitis was a great achievement – his brother had set his sights beyond NZ. He was now ranked number one in the country for his age group, and needed to go to Australia if he wanted to make a career out of racing. As a family, they decided to sell Broc’s bike to pay for Ethan to have a good crack in Aussie, so Broc went for over a year without riding. 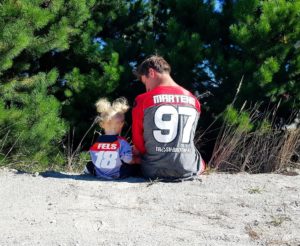 “I did year 13 at school, which was rare for all my motocross friends, and got a job. After a year and a half off, a family friend of ours who ran a race team said they had a bike here and I could ride it for an event in New Plymouth for the weekend. So, after a year and a half off, I rode this event called King of the Mountain, and ended up winning it. The guy was like, ‘You got to get back on the bike. We can’t have someone like you sitting on the side-line.’ So he sold my parents a really cheap ex-race bike, which let me back into the sport.”

At this stage, however, Broc had just left his job in cabinetry to start a building apprenticeship – which he absolutely loved.

“You couldn’t live off winning in NZ, even if you were first in every tournament. It’s not a liveable wage, so you need to have something on the side. Most guys work through winter, and then in November ride full time until the end of Nationals which is March.”

With this in mind, Broc continued to work full time and treated motocross as a bit of fun as opposed to a career path – but that didn’t stop it getting in the way of work.

“I had a crash on my bike and smashed my shoulder blade intro three pieces and tore my bicep tendon. I ended up having nine months off, and it was a bit of a balls up. That set me back in my apprenticeship quite a bit – but I was stupid. I spent the whole time off playing PlayStation,” he laughs.

Soon after, he left his job and started working for a small company, where he’s since finished up his apprenticeship. Four years later, he’s still with them and has now been qualified for two years – but I’m getting ahead of myself.

While Broc was finishing up school and getting started in his trade, Ethan had been to Australia and back. According to Broc, Ethan “didn’t crack it in Australia, so came home and got a job with their dad at Envirowaste working behind the trucks picking up bags for fitness. He ended up getting his own driver contract working full time, while still placing in the top five in NZ.”

Despite doing his ACL playing rugby, Ethan signed for the Kawasaki Racing Team and managed to place seventh that year – yes, while riding with a torn ACL. As I say, motocross riders are a different breed. Kawasaki decided to give him another bike in 2020, and with the brothers finally both racing at the same time in the same place, they decided to form their own team for the Nationals. Martens Brothers Racing was born.

And then, right on cue, injury struck again. Broc’s hips started playing up, so he went and saw a specialist before competing in the Nationals.

“It was actually the way my hips developed as a teenager. My ball was misshapen in the socket, so it created injuries as it was wearing away in certain spots.

“Matt Brick, the surgeon, was really great and gave me an option of having surgeries on hips now or going 10 years without it. And I said, ‘Hips?’ and he said, ‘Yeah, you need both done.’  My last race was on March 13th, so we booked in for March 16th for my first hip surgery. 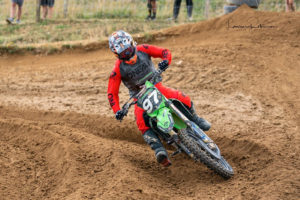 “During the nationals, it got to the point where I couldn’t start my bike it was so painful. I couldn’t train during the week – just had to turn up and race. And I couldn’t take time off work because I wasn’t eligible for ACC and knew I was about to have four months off.

“I was ninth going into the last round, and it was tough as everyone in the top ten were professional athletes. I ended up eighth and had my best run ever. I was fifth out of the Kiwis and the rest were Aussies. I was the only guy in the top ten doing a forty-hour week.”

Ethan did even better, getting fifth overall, and he was also working close to full time. To top it off, he only had his bike for three months before racing, making this an unbelievable achievement. Unfortunately, what came next was the toughest challenge the Martens brothers have ever faced.

Riding for Kawasaki NZ at this year’s Nationals, Ethan came off his bike.

“He lost control coming up the jump, and it flicked him forward off the bike, and he landed on his bum. He ended breaking the vertebrae in the middle of his back. He was paralysed for 15-20 mins after the injury, and he never lost consciousness. He said that was the scariest part of it – not being able to feel his legs. He’s lucky to be walking.”

Ethan is now on the mend and keeping positive, but he’s been told his racing days are over – but who would bet against him? Not me, that’s for sure.

Somehow, Broc still manages to find a bit of perspective.

“Injuries happen – it’s part of our sport even if we don’t like to admit it. It’s the most physically demanding sport in the world, and when we’re going that fast, we’re not in a roll cage like in a car. We’re so exposed.”

It was about now, when we’d finally reached the present, that Broc got a call from his dad – a cow was tangled up in a wire at his family property, so he was off to help. You’ve probably already realised this for yourself, but Broc and his brother are two of the most determined athletes going around, and I’m sure whatever they do next – whether in sport or the trades – they’ll be giving it their all. 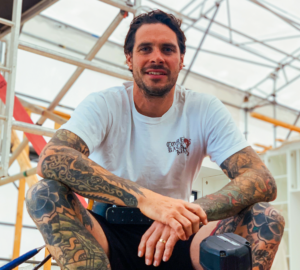 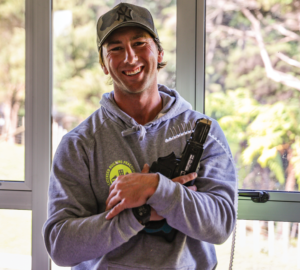 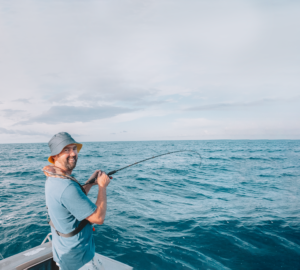